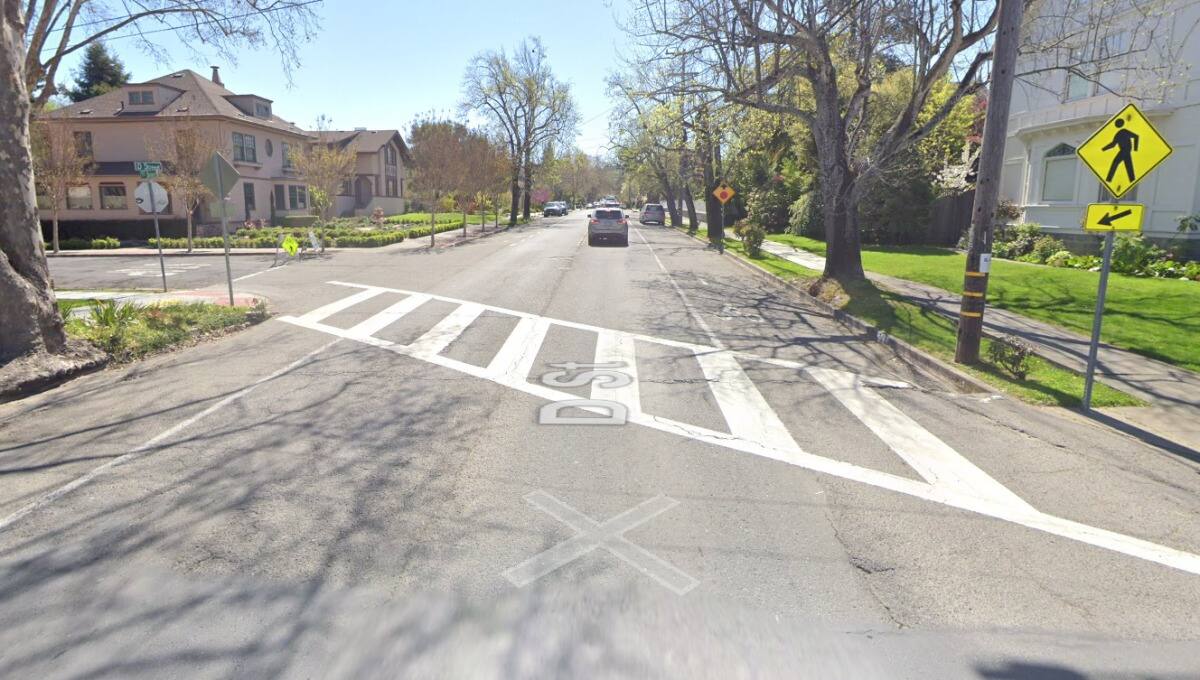 City of Petaluma staff are rolling out a preliminary plan that aims to increase safety by calming traffic on D Street, one of the city’s oldest and busiest roads.

In a public workshop held via Zoom on Tuesday, October 18, city engineers and public works staff proposed what are called “rapid construction” pilot projects in areas along D Street between Petaluma Boulevard and the southern city limit. Suggested projects include the reduction of cycle lanes, traffic diversions and other design elements.

Using these pilot projects, the city hopes to learn what will work and what won’t when it comes time for a full reconstruction of D Street, which would follow the large-scale sewer and water main replacement projects. main ones planned for 2024.

“The City is committed to creating safer streets and to doing so in a way that best meets the needs of our community,” staff said in a report released ahead of the workshop. “We are seeking feedback on proposed improvements for traffic calming, pedestrians and bicycles that can be installed quickly using flexible, inexpensive materials.”

Proposed changes included the use of “traffic diversions” to prohibit left turns from D Street to 4th and 5th Streets, as it was reported that the current left-turn lanes create a traffic slowdown. At the same time, the project provides for the installation of a “refuge island” at these intersections for pedestrians, providing them with a safe place between oncoming vehicles. But staff agreed those intersections needed further investigation after a resident raised concerns about the buildup of traffic in areas near the post office.

Residents will be able to give further feedback on the project via an online survey, which was due to launch Oct. 20 and be available until Nov. 11. (The survey was not yet online as of October 21.) It will also be presented at the Pedestrian and Cyclist Advisory Committee meeting on November 2.

Other comments staff received on Tuesday included a call for more street trees in the plan and a call to undesignate the D Street truck route, due to concerns about large commercial trucks crossing the region.

“It’s a residential neighborhood that doesn’t like traffic, doesn’t like noise, and there are a lot of angry people about it,” said a resident named Michael, who said he lived on D. Street for about nine years. “I don’t think they go any less than 60 or 70 miles an hour.”

City Engineer Jeff Stutsman responded, noting that the truck route designation was approved by City Council in 2012, but may be considered for removal in the future.

“It’s not a simple process,” Stutsman said. “But this can be done.”

Some residents have also questioned why this specific proposal omits the eastern portion of D Street from Payran Street through Lakeville to the Petaluma River, which has been the focus of recent traffic complaints. But staff reassured that this section will not be overlooked during the wider local road safety plan and general plan update.

No specific action or direction was given during the Tuesday workshop. But after gathering more feedback on the proposal, rapid-build project elements are expected to be installed this winter, with specific dates yet to be determined.

Preparing for the cold – The Etownian