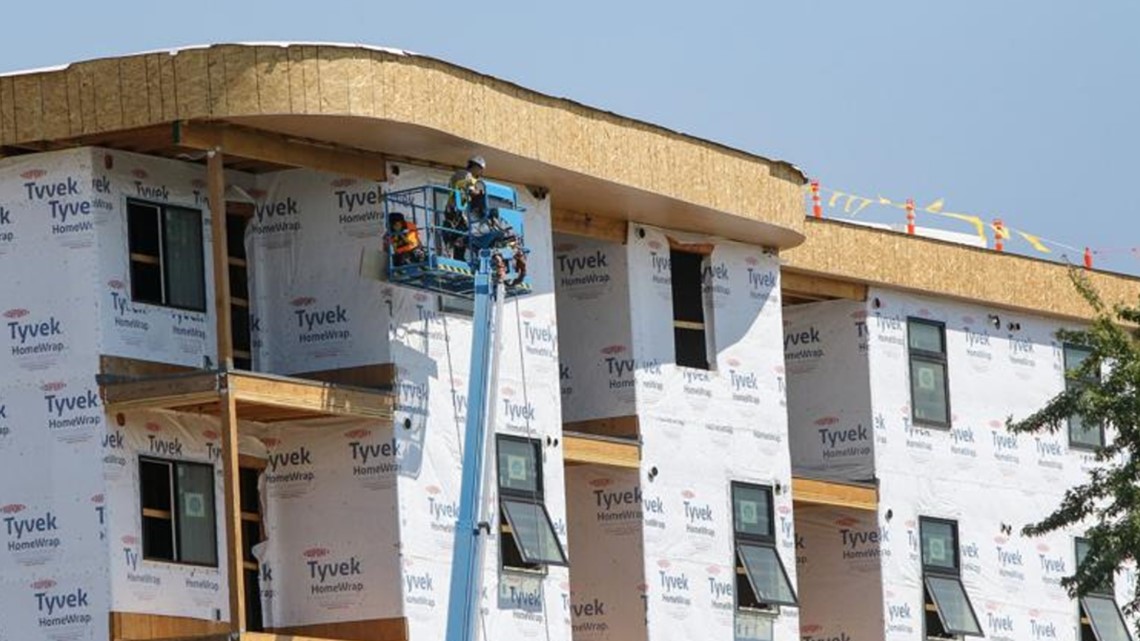 Garden City has a lot of good things going for it, and its future is bright – if it chooses to act now.

This story originally appeared in the Idaho Press.

Garden City has a lot of good things going for it, and its future is bright – if it chooses to act now.

It was one of the key takeaways during a presentation by members of the Urban Lands Institute to Garden City leaders on Friday morning. Institute members – real estate and planning experts from across the country – visited the city for five days and conducted more than 100 interviews with local stakeholders to present initial findings and recommendations for improvements of the city, and to create a report offering recommendations and resources for the city moving forward.

The area in question is bounded roughly by the Boise River to the north, Chinden Boulevard to the south, 40th Avenue to the east, and 48th Street to the west. Friday’s presentation highlighted some opportunities for the city.

Friday’s speakers agreed on the benefits to the city of having a variety of building types as well as natural areas and such as the Greenbelt.

“What sets this neighborhood apart is its eclectic mix of uses, with artists, industrial businesses and residents all co-existing and benefiting from the beautiful assets of the Boise River and the Greenbelt,” said Geeti Silwal , city planner for the San Francisco-based company. Perkins and Will, who participated in the visit this week.

Alexandra Elias, president and CEO of Renew Moline in Illinois, said, “The city’s effort to improve or remove substandard housing is being touted as a success, but there have been unintended consequences. She also said the city was lucky to attract interest from developers who care about affordable housing, but noted that rising land prices will continue to pose a challenge to its construction.

There is a lack of senior housing in the city, as well as housing for residents with various physical abilities, Elias said. Some low-income residents are displaced, she said. But city residents have expressed interest in improvements such as denser housing and increased affordable housing, she said.

“We recommend that the housing commission be created and that the city assess ways to improve housing stability for low-income residents,” she said.

Elias also suggested offering incentives to developers through zoning ordinances that encourage them to support project features “that they normally cannot provide.” That could include building affordable housing, building pocket parks, or building housing with larger units for families, she said.

The presenters also offered suggestions for improving and creating more natural features in the city. Improvements such as encouraging the planting of trees and flowers would “put the ‘garden’ back in ‘Garden City,'” said Emily Rogers, senior landscape architect of Albuquerque, New Mexico.

Rogers also gave numerous presentations on potential improvements to the Greenbelt. These could include creating better access points, putting in place a speed limit and encouraging e-cyclists to use alternative routes, providing more benches and places to hang out. sitting down and the creation of whirlpools or spaces where cyclists and walkers can stop.

Raising the greenbelt could also help control flooding and improve stormwater, Rogers said. The city is already discussing flood control improvements with the US Army Corps of Engineers.

Overall, Rogers suggested the city consider and plan Greenbelt improvements by thinking of the area as a park rather than a trail.

She also suggested that the city could prioritize buying a piece of land and turning it into a park that could serve as an open space, as well as a downtown area for the city. The Land and Water Conservation Fund, a federally funded organization, says residents in urban areas benefit when they are within a 5-10 minute walk of a park, she said. Ideally, that would be true for all area residents, she said.

For transportation, presenters said Garden City has opportunities to improve mobility for car users, as well as people using other modes of transportation.

Walkability could be improved by adding sidewalks in areas that don’t have them, Andres said.

Another factor that complicates transportation in the city is its long city blocks. City blocks are between 800 and 1,500 feet long, while passable blocks are more in the 300-foot range, Andres said. It’s harder for cars to navigate long blocks and for pedestrians to navigate from block to block, Andres said.

The city could consider dividing up long city blocks by building pedestrian lanes, about 10 feet wide, or narrow streets, about 20 feet wide, he said. declared.

Other suggestions included building at least one more bridge between the Boise side of the river and the Garden City side, creating a school transportation master plan, and conducting public parking feasibility studies.

Tom Murphy, the former mayor of Pittsburgh, stressed the need for the city to think strategically about what it wants to be rather than getting bogged down in cost concerns or approving development projects whose vision doesn’t does not correspond to that of the city.

Murphy said his city had transformed itself from being primarily industrial to high-tech.

The definition of what the city wants to be should come from both the public and private sectors, he said. To develop such a vision, Murphy recommended that the city add two positions: a vision manager who can talk to community members and an entrepreneurship expert who can seek funding through grant applications and other means. .

Murphy described Pittsburgh as a “penniless city” that still managed to secure multi-billion dollar deals using both public and private financing. But it requires dynamic leadership and leaders who can articulate the vision to every resident, he said.

He said he has attended many meetings and there are always complaints about different factors of a project, such as cost and size.

“It’s all apologies,” he said. “It’s never about that. It’s about whether you have the community and the political will to reach the future. Break down this door; aim for the future. »

This story originally appeared in the Idaho Press. Read more on IdahoPress.com

Check out the latest Treasure Valley and Gem State news in our YouTube Playlist:

KTVB is now on Roku and Amazon Fire TVs. Download the apps today for live newscasts and video on demand.

Download the KTVB mobile app to get the latest news, weather and important stories at your fingertips.

Subscribe to the Daily 7 newsletter: Your predictions. Your journey. Your news.