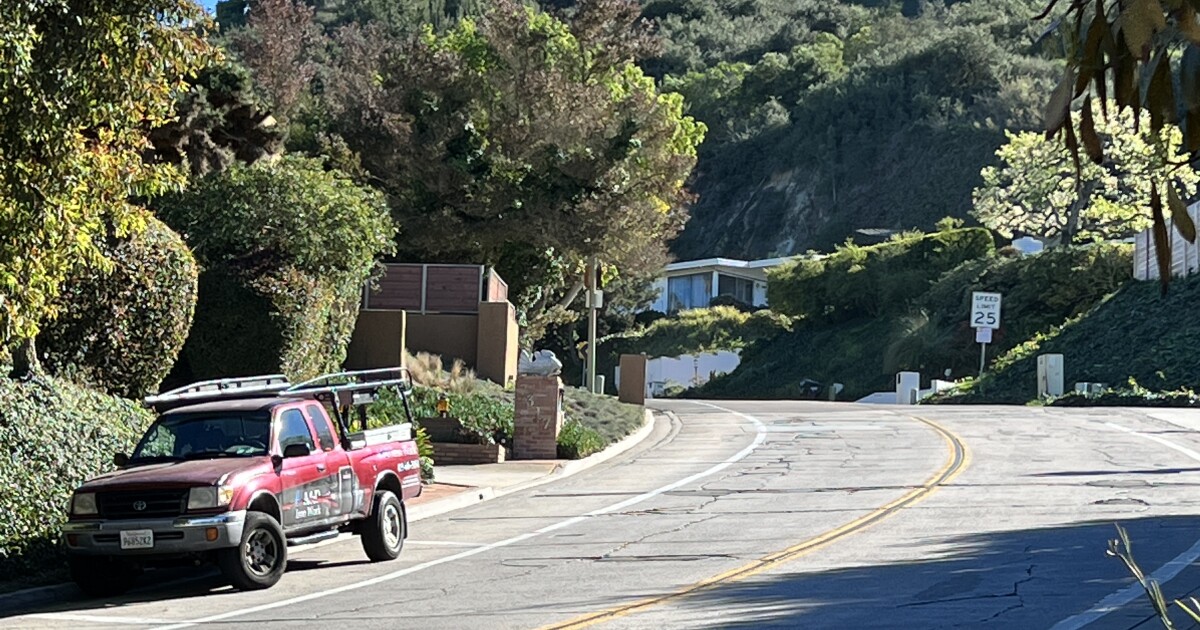 Citing the dangers to drivers along Via Capri, La Jolla resident Sven Zabka presented several ideas for improving the street to the La Jolla Traffic and Transportation Council during its March 16 online meeting. .

Zabka, who lives off Via Capri, said his goal was to “create a safe thoroughfare for everyone who uses it by limiting the speed of traffic to the speed for which Via Capri was designed”.

Speeding made the road unsafe for motorists and pedestrians, Zabka said. He referenced a settlement this month in which the city of San Diego paid $1.32 million to the daughters of a man who died in 2020 from injuries sustained when his motorcycle hit a nest. hen and crashed on Via Capri near St Michael in 2014.

Zabka also cited incidents of road rage, tailgating and the destruction of mailboxes by reckless drivers.

He said Via Capri “has reached a stage of gross neglect” and conditions will only get worse when current plans to put power lines underground are completed. He said construction zones now have a traffic calming effect.

Zabka’s improvement ideas for Via Capri – developed with a local civil engineer – include repaving the road entirely; re-line it to reduce the track width from 12½ feet to 11 feet; add buffered bike lanes; install speed bumps; add roundabouts at intersections with Hidden Valley Road and La Jolla Scenic Drive South; reduce the maximum weight limit for trucks; and repair or replace the three existing signs warning drivers to slow down.

Zabka said much of the cost of repaving and tracing could already be included in what is allocated for landfill.

Last year, the T&T board approved the recommended roundabout at Via Capri and La Jolla Scenic Drive South and the city added it to its “unfunded needs” list.

Zabka estimated that the rest of his suggested upgrades would cost $177,500.

He said the cost was significantly lower than potential settlements in death suits.

The matter was on the T&T agenda for discussion only. Board members and others present at the meeting discussed the presentation and asked if San Diego Gas & Electric had agreed to repave the entire Via Capri as part of the landfill.

“I heard they just have to repave the trenches they made,” said La Jolla architect Trace Wilson.

Hadley said he would inquire about this with SDG&E.

T&T Chairman Brian Earley said SDG&E representatives have confirmed they will be attending the next T&T meeting to discuss the Via Capri projects and street restoration.

In the meantime, Earley said, he will work with Hadley to contact traffic engineers about adding recommended bike lanes and speed bumps.

New board member: Bill Podway of the La Jolla Village Merchants Association was appointed to T&T following the resignation of board member Cody Decker last month. Podway, a retired retail executive, said his goals on the board are to make La Jolla safer, with “better access for our residents. [and] for our tourists.

Next meeting: The La Jolla Traffic and Transportation Council will next meet at 4 p.m. on Wednesday, April 20, online or at a location to be determined. E-mail [email protected] ◆

Spring Activities To Do In Omaha | Scene