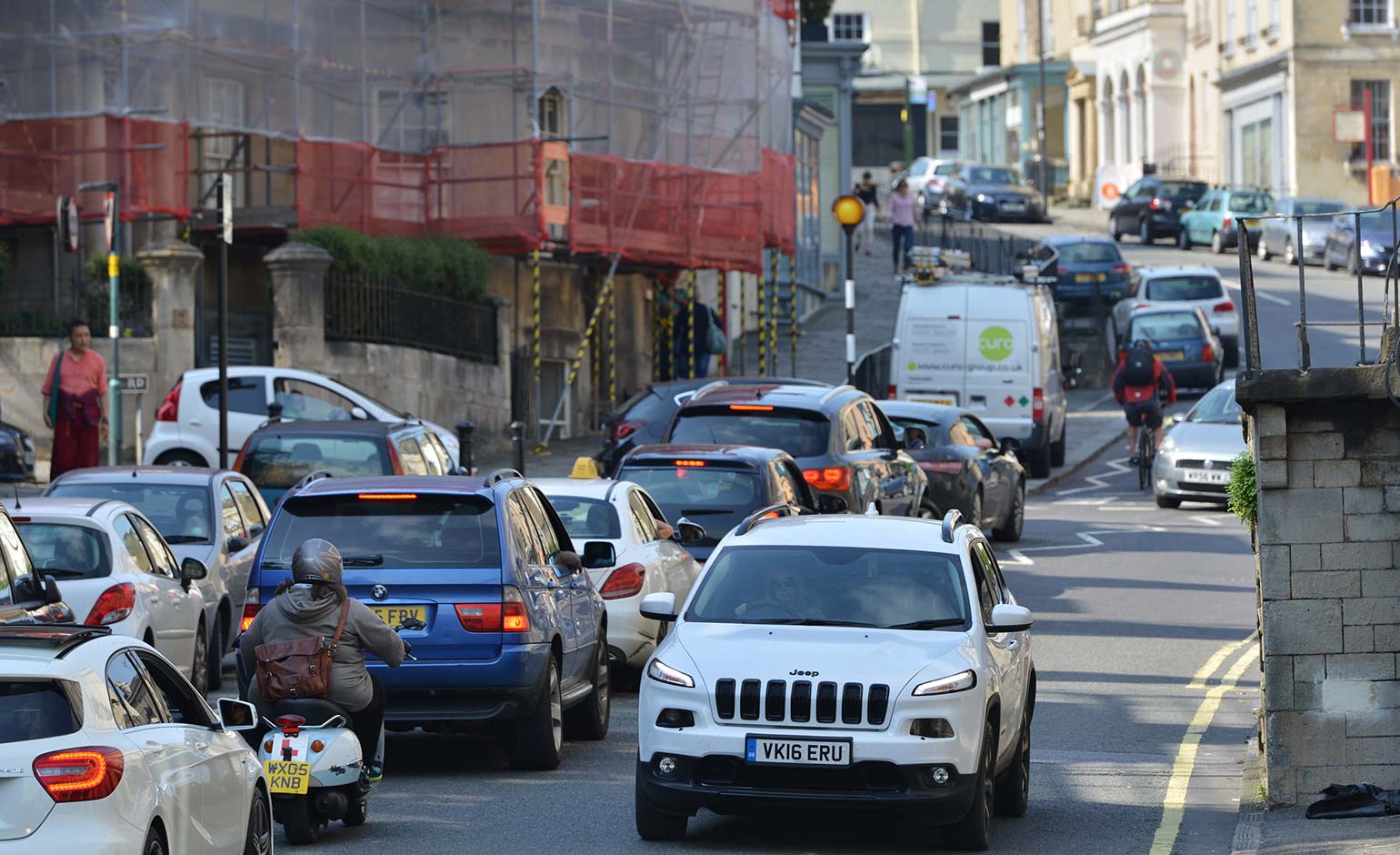 New ‘bold ideas’, including the scrapping of transit traffic planned for Bath

A new paper released by Bath & North East Somerset Council has revealed ‘bold ideas’ for the city to tackle the impact of travel on the climate.

The proposals include the removal of through traffic from central Bath, as well as a new public transport system for the city.

The ‘Journey to Net Zero’ plan sets out the changes the local authority says need to be made to achieve its carbon neutral target for Bath and North East Somerset by 2030.

Transportation currently accounts for 29% of the district’s carbon emissions.

Analysis of how to reduce emissions from transport following the council’s climate emergency declaration in 2019 suggested that targets should be:

Public input is now being sought on the ideas for change set out in the new document, including:

The council is now asking residents to give their views on proposals it thinks are needed to make a shift to public transport, walking and cycling that will be needed to achieve the council’s net zero climate ambition.

Citizens are invited to respond to the consultation on www.bathnes.gov.uk/journeytonetzero before Monday, February 7.

Councilor Sarah Warren, Deputy Chief and Cabinet Member for Sustainable Travel, said: ‘This is a pivotal moment in our journey to net zero, and I think anyone traveling in our region will be interested in these ideas. and will want to have their say on them.

“We want to hear your opinion on the projects we believe should be pursued to provide better and more sustainable transport choices.

“We have introduced the first clean air charging zone outside of London and are currently working with local communities on our Liveable Neighborhoods programme.

“But to go further, we need your help to rethink more fundamentally how we get around our region – and the big changes we’ll need to make to our transport system to achieve carbon neutrality by 2030.

“The climate emergency is a global challenge and we are committed to playing our part in solving it. We know that a large number of people currently have no choice but to use their car because they do not have safe cycle paths that they can use away from traffic or do not have service reliable or sufficiently frequent bus service.

“Reducing car use can only happen if we start providing more cycling facilities, better public transport facilities and a safer transport network.

“Together we have the power to reverse the climate emergency, but it’s going to force us all to change the way we travel, which could be made possible through Journey to Net Zero.”

A public webinar on Journey to Net Zero will take place from 6-7 p.m. on January 24.

Journey to Net Zero has evolved from the Transport Delivery Action Plan for Bath, which was consulted on last year, and has now been updated to reflect recent changes such as the city ​​region for the West of England Combined Authority as well as efforts to deal with climate and ecological emergencies.

A report on the business case for establishing sustainable transport in the city region, which summarizes the major transport projects in Bath and North East Somerset to be funded by WECA over the period 2022-27, will be presented to the cabinet on January 27.

From vertical farming to fair health pricing, panelists offer new ideas on the future of the EU