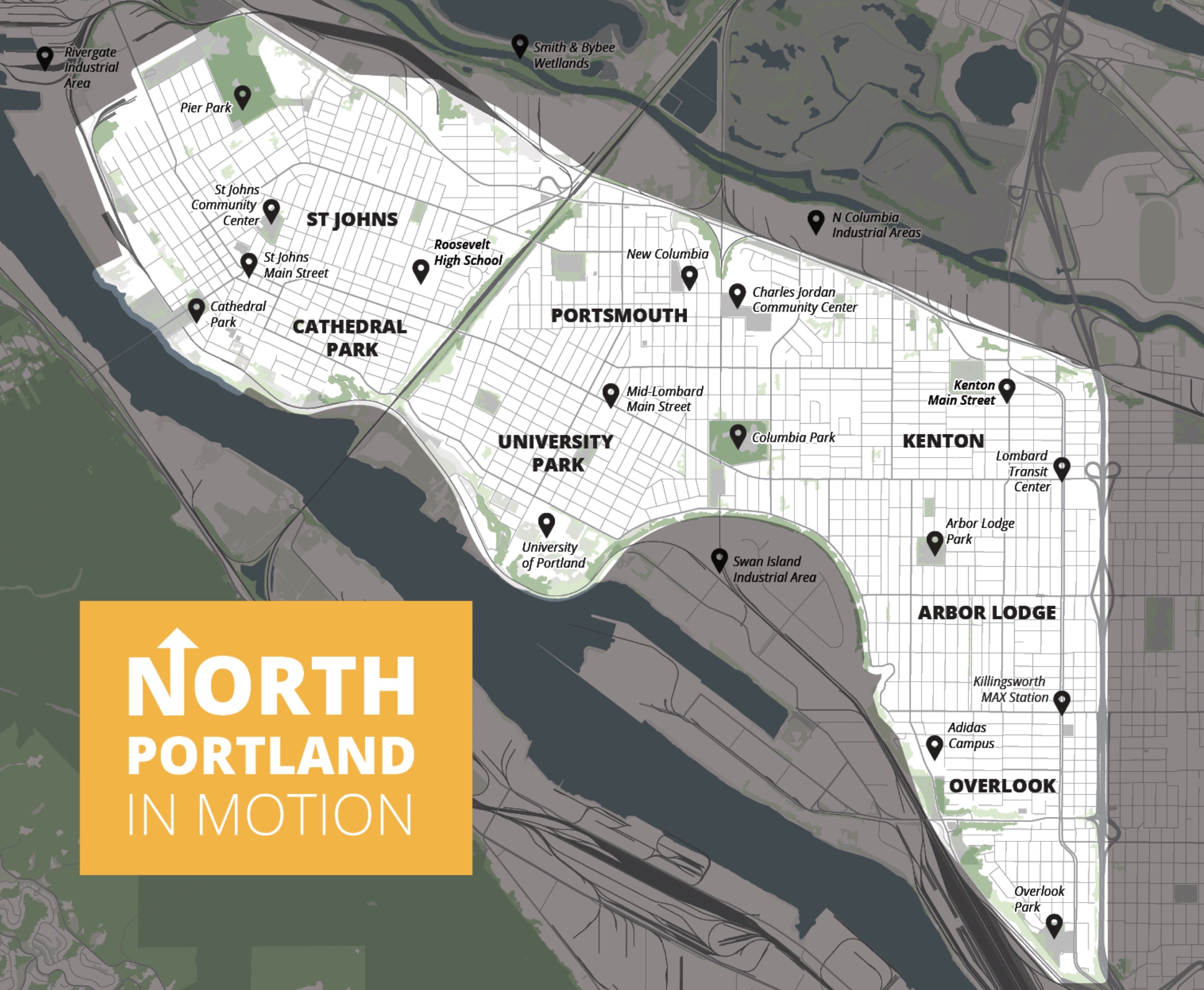 The big reveal is here!

The Portland Bureau of Transportation has spent the past 16 months learning about the needs and nuances of our city’s northern peninsula and they have just released a list of projects they would like to build to make it more enjoyable for the cycling, walking and public transport. .

North Portland on the move is a planning process that was launched in April 2021. After doing a heap of outreach, PBOT today said in a statement that: ‘We have always heard that the people of North Portland would like to see the emphasis on safer speeds, crossings and bike options for community members. of all ages. »

Also today they launched an online open day that shares 38 different projects to achieve these goals. Projects are divided into four categories: Corridor Improvements, Critical Connections, Neighborhood Greenways, Public Spaces and Mobility Hubs. There’s a map (below) where you can click and learn more about each.

There are several very exciting projects on the list. Imagine if we have:

And beyond the traditional infrastructure projects, they also included six potential plazas and “mobility hub” locations:

Everything is possible with this plan. Of course, there will be no money directly tied to the NPIM; but PBOT has a history of spending money (as it becomes available) in line with these “In Motion” plans (*See the exciting update below. It is silver!). Adopting a plan like this also helps create the political urgency required for the funding to appear – so it’s a positive feedback loop all around.

*UPDATE12:20 p.m.: Turns out PBOT actually Is already have money in reserve for it. So far, they have set aside $500,000 from the Fixing Our Streets (gas tax) program, $100,000 from their Pedestrian Network fundraising program and $80,000 from the Missing Links program. That’s $680,000 to revive NPIM. PBOT tells me they plan to spend that money in the first two years after the plan is adopted.

How do I tell PBOT which ones to build first? Visit the Open Day online and make your priorities and ideas known.

PBOT will take that feedback, pair it with their other core values ​​(like fairness, feasibility, etc.), raise it to the political mast, and come up with a list of “top tier” projects later this fall.

According to their latest schedule, they will continue to refine the slate of projects and find sources of funding from the fall through the spring of 2023, and then have the plan passed by the board that summer.

If all goes according to plan, I bet we could see some of NPIM’s best projects being installed early next summer. So go to this open day and help achieve it. The open day ends on September 30.

Contact Jonathan at @jonathan_maus on Twitter, by email at [email protected], or by phone/text at 503-706-8804. Also, if you read and enjoy this site, please become a supporter.

New Zealand travel: some of the best school holiday activities around Aotearoa

The community shares ideas to improve Ill. 57 at a public meeting