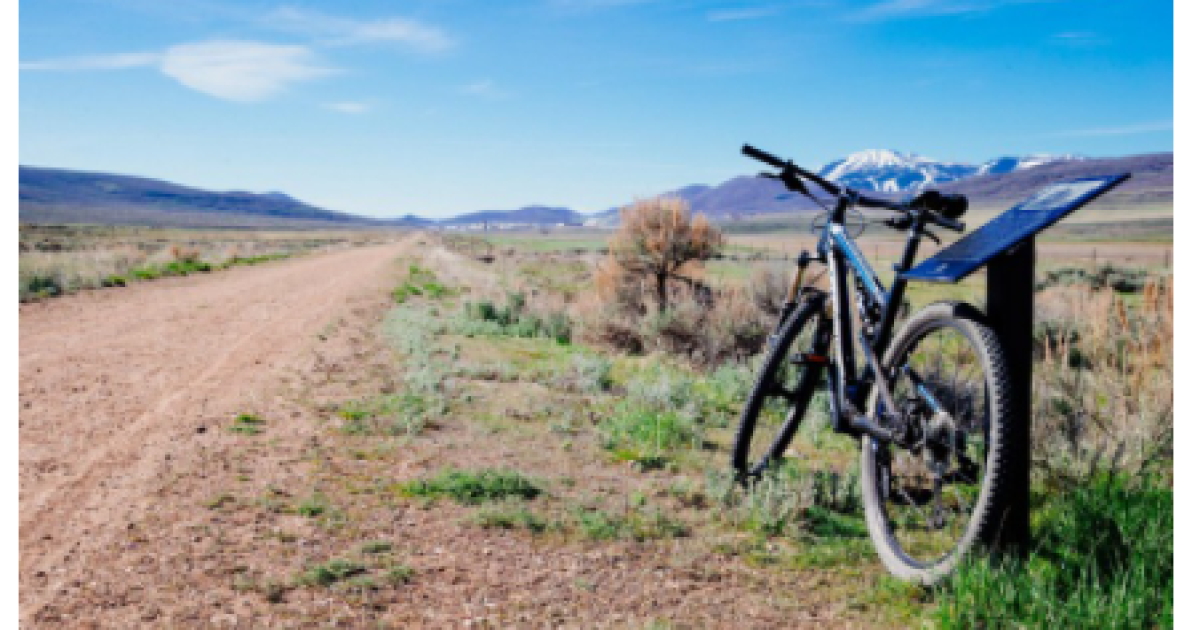 About 40 people came to the Basin Recreation building to share their thoughts and learn more about Summit County’s efforts to create a first-ever Rail Trail Master Plan. This is the second open house hosted by the Summit County Planning Department, with a project team made up of graduate students from the University of Utah Planning Department.

Ted Bird graduated in 1983 from Park City High School. He frequently cycles through Old Town Park City from his basin neighborhood in Trailside. He said he attended the meeting to see the suggestions presented.

“I’m curious about this and maybe future communities might pop up alongside this. We actually mostly ride Round Valley, but we skip the Rail Trail, sometimes go into town to eat or whatever, and use it at night because it’s more manageable.”

Flower Ambario lives near Silver Summit and sometimes uses the Rail Trail to get to work…on her roller skates. She said she would like more maintenance and a smoother path, so it’s not as dangerous. She participated with her sister.

“And this is my little sister. She’s six years old. I can see her growing up in this community and I want her to have first-hand experience and really be a part of something that I didn’t grow up in. being a part. I’m here to learn more about the proposals. And I’m also here to spit out some ideas.”

Dawna Zukirmi lives in Morgan and runs a guide service that uses the railroad for peddling and the Weber River for canoeing. She wants to see the planning process firsthand and also hopes that one day the trail will connect Morgan County to the historic railroad town of Echo and eventually connect to the Ogden trail system in Provo along the Wasatch Back.

“And I was hopeful that there was going to be talk of extending it across the freeway to Echo Town, where it could join the trail that goes from Echo to Henefer. And talking with some of the Morgan County Commissioners, they are developing or working to develop a Trails Master Plan with the new Trails Committee and Morgan.

Bill Ciraco lives in Aspen Springs and has lived in Park City for about two years. He proposes to put the “rail” back into the railway. He envisions a more European rail service model that would connect Echo to Park City and help reduce vehicle traffic. He said workers living outside the city limits in developments planned for the North Summit County area would use a rail line to get around.

“The way we do this is through public-private rail from Echo to Park City. We’re opening up that whole corridor to people who live in that area and there’s a bunch of developments that are already in the works to happen there.

Additional comments included the need for weed management to mitigate the stinging goat heads that cause frequent punctures. However, others did not approve of herbicides and wanted the rail trail to remain unpaved from Quinn’s Junction to Echo.

Some have asked the county to create historic destinations such as the Echo Mansion. Others suggested building barriers to prevent motorized vehicles from accessing the trail. A common concern is also pedestrians and cyclists crossing SR 32. Some have said they want to see a tunnel there.

The link of the Rail Trail Corridor Study can be found here.

For questions or to provide feedback, contact Summit County Planner Maddie McDonough at 435-336-3133.

8 festival outfit ideas to take you from show to show